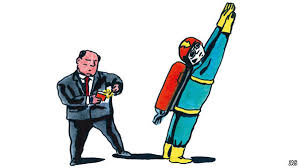 The United States government has approved a landmark law for entrepreneurs, especially those involved in the small and medium enterprises sector, in 2012. Known as the Jumpstart Our Business Startup – or JOBS – Act of 2012, the legislation enables startups to raise as much as one million dollars through various websites that will be established following the implementation of the law.

There are a number of people, both supporters and critics of JOBS Act, who argue that the law will affect the more traditional venture capitalists. They say that by providing support to crowd funding – or raising funds that come from different people to finance a business – the government essentially removed venture capitalists from the picture.

A number of people are happy with this possibility, but a whole lot more are shaking their heads. After all, venture capitalists, over a period of time, have made it possible for a lot of major businesses to flourish.

The reality, however, is that JOBS Act does not diminish the relevance of venture capitalism in the field of entrepreneurship. In fact, it can be argued that the law will strengthen the system and would enable more businesses to enter the arena. Here’s why:

Crowd funding and venture capitalism may end up having different clients

According to the law, the legislation will enable businesses to raise as much as one million dollars in capital through crowd funding that will be assisted by dedicated online portals. This in itself shows a major difference between the two funding sources.

Based on latest studies, the median of venture capitalist investments in the country in the past three months is at four million. This means that the clients of crowd funding and venture capitalism will come from different backgrounds as they will need different amounts of money.

Instead of “killing” venture capitalists, the law may have just given them the opportunity to find better deals as businesses that need smaller funding will have another platform for them to look for investments.

Crowd funding and venture capitalism are made for each other

These two are in fact a perfect match. With the existence of an established system of funding (i.e. crowd funding for smaller businesses and venture capitalism for slightly bigger ones), entrepreneurs will have an assurance that there will be support as their business grows.

The nature of the legislation is to provide entrepreneurs – especially business startup owners – with an equal opportunity to look for people who may help them in establishing their businesses. While it is true that the law will create ripples and affect the already established system of funding in the United States, it is imperative for everyone to understand its objectives and see to it that it achieves its goals.

More detailed information and useful advice can be found at Funded.com Created by Mark Favre, it offers expertise and assistance with developing and funding your concept, including a private forum for queries and discussions. If you need access to investors and funding providers, please do check our website.Funded.com